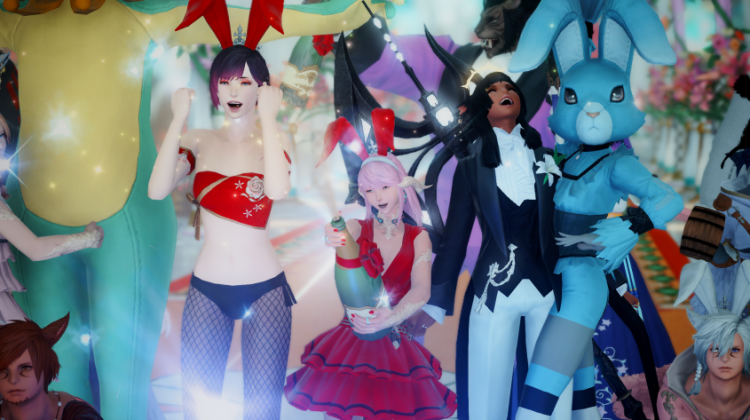 On the 31th of March it´s been one year already since Doobie and Yuki Time got married in game. Fun fact: they have been married longer in game, than they have been an actual couple in real life.

While last years wedding was still a traditional one in white wedding dresses, this years ceremony was bound to be different as Doobie & Yuki decided to celebrate the renewal of the vowes on Saturday the 11th April with an Easter theme.

They challenged their friends to put on their best Easter outfits and asked them to let it be daring and colourful,  while promising gifts for the three best dressed members.

And daaaaamn it was a sight to see that day – even Alice from Wonderland dropped by for the competition as well as a large number of rabbits.

It was also quiet a sight to see Doobie wearing a red dyed bunny head for the wedding kiss, and Yuki looking like she was going straight to Eulmore’s club afterwards. Which was for some a bit disturbing while on the other hand for some highly entertaining – the voicechat went nuts when the bride kissed that bunny tooth! ^^

The ceremony was followed by group pictures, as well as chocobo races for people interested in joining. Two parties had to be formed quickly to determine who´s the fastest and meanest buff throwing party member. In the end everyone who participated was a winner, as they were being handed a minion each, as well as extra minion for the winners of the best outfit award, Y´nami, Pun and Triv! 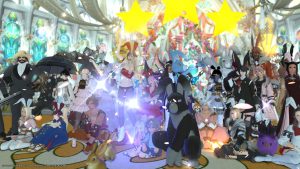 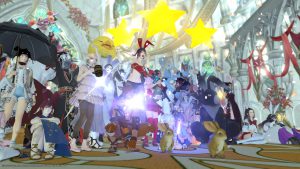 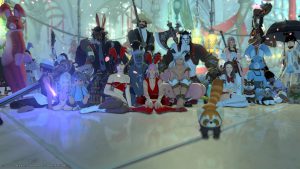 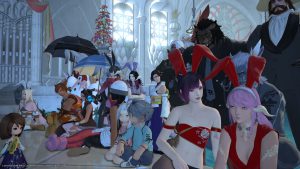 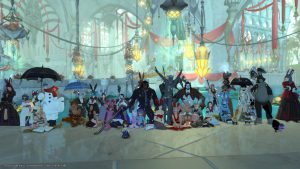 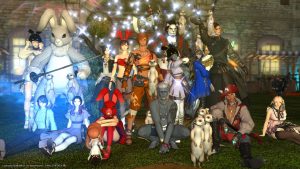 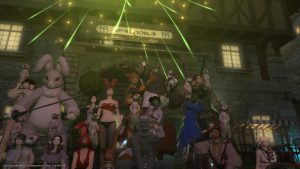 Thanks to everyone who made this day a special and meaningful day for Yuki and Doobie. Rumor has it they both had a lot of fun and are looking forward for next years anniversary. Let´s see, what topic they will come up with next! Maybe some of us will be able to grab a drink with them at the fanfest next year wearing bunny ears irl and take a group picture for the selfie channel? Who knows ^^