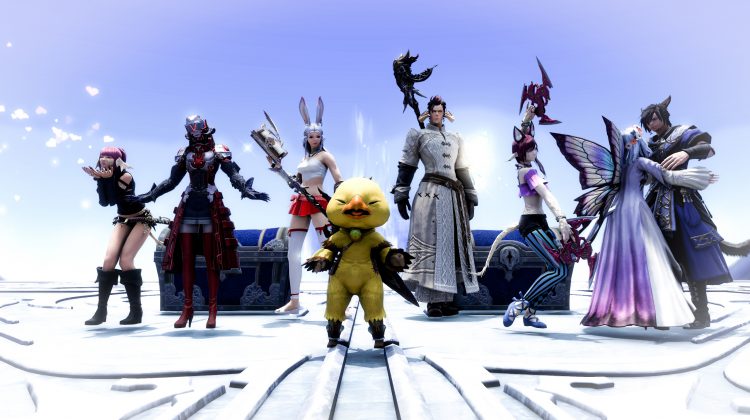 Let me tell you tale, of a courageous group called The Umbrals.

They had been challenged by an evil force. An evil force that uses… Paper Birds?? Enter the Idol of Darkness!

They had their difficulties as the evil force restrained them and teleported them against their will! They even lost some friends along the way.

But did our Heroes lose their way?! NO! The Umbrals swore revenge for their fallen members. They fought through coloured birds and even took on nature herself in form of a Tornado!

However, they did overcome all of that TOGETHER! They banded together over their losses and set backs, the Umbrals thought of multiple plans. However, one thing was for sure, a new ally was needed! So the Leader of the Umbrals, Kasumi, took it upon herself to summon a New hero and a new friend to their Side. Despite having done the impossible, the new friend was forcefully summoned back by the evil Idol but not before absorbing part of the heroes power. They knew they had to go for an all or nothing attempt. Here comes, the teacher of the groups Black Mage. Senpai rose up to help the tired Umbrals!

With their new-found confidence They tackled the Darkness and the birds and the portals! With each passing moment they somehow grew stronger. They undoubtedly destroyed the birds protecting the Idol. With that knew they could defeat it, so they combined powers. Kasumi and her familiar Eos weakened the Idol, Denzo and Lethal took the magic attacks and paper cuts to the face. Thankfully Eos and Ithaniel were there to heal them. With the black magic explosions of ice and thunder, Satin and Satin’s long-lost senpai Fore, unleashed devastation upon the enemy! Quick and soothing dances from Miu, Eoreza’s only confirmed Foxra, dished out damage and buffed the one true samurai known only as Yuki Time. She was determined to avenge her master who disappeared not to long ago! With the support of her team, she unleashed the last technique she was taught by her master “Doom of the Living “.

With that they finally broke the enemies defence once and for all and the Umbrals were able to start an all out attack where they finally ended the terror of the Idol of Darkness. As they watched the dark aether fading back into nothingness they knew they had done it. The had achieved cictory!

Their enthusiasm, however, was short-lived, as they now had to prepare to save an ally that was claimed by the power of ice….. Ryne, in an attempt to help has fallen victim Elemental Spirit of Ice, Shiva.

Thus preparing and gearing up to defeat the Spirit of the Ice that manipulates the Body of their Ally.
But that is a Story for another Time~.