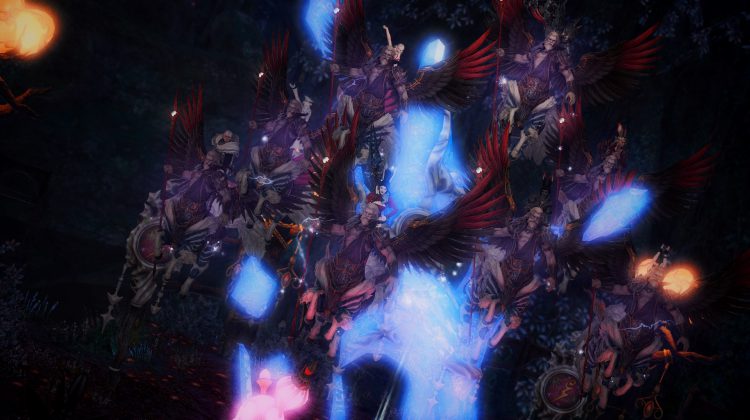 By Aina Silveroak on 7 September 2020

The time has come, after months and months of hard work and dirty jokes… Astral is hanging up their raiding hats!…

Well until the next Savage Tier comes out.
As mentioned in the previous post about Astral this tier has been a real adventure of improvement, making new friends & getting that sweet sweet loot. However since the last post even more improvement has happened, for a time we were proud to hold the #1 for both Speed & Execution for all of Edens Verses on Omega for 5.3! As many personal improvements in rankings across the board for Omega, with one member being placed #1 for their particular role! Some would say we know what we are doing and are possibly good at the game because of that, our unique tactic of taking it in turns to run around the area to kill Caduceus would say otherwise.
Though we were good enough to get everyone their old-man mount and most their BIS (why did Astro’s BIS have to suddenly change?!), I wonder who’s BIS will suddenly change next time.

But now it is time for Astrals raiding break, it was decided that since we have done everything to prevent any member getting burned out it would be best to go on hiatus. However this definitely doesn’t mean we won’t be going on any silly adventures for fun until the next tier, I wonder what stupid thing we will do next.